** PRESALE Starts Saturday! -- Light the candles, exhume the blessed heroes’ bones, and recite your most holy Imperial catechism, the Black Templars are going to war next week with their incredible new Army Set. 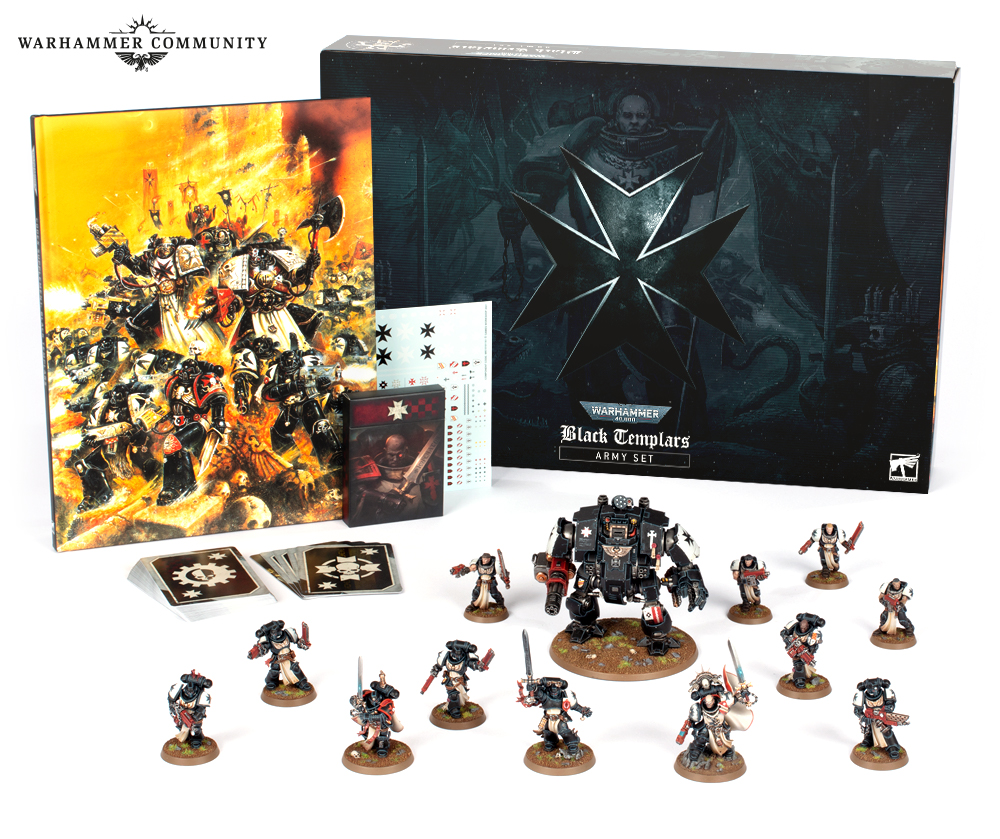 This box is absolutely packed with righteous fury, as the unmistakable Imperial Fists successor Chapter puts the ‘grim’ into grimdark and gets tooled up for the latest edition of Warhammer 40,000.*

Containing 13 miniatures, 12 of which are available for the first time in this very box, this is the perfect place to start a Black Templars army or build on your existing force. Leading the charge is the stunning new Emperor’s Champion, and ensuring that the correct vows are uttered and devotions followed is a Marshal.

These Space Marine heroes are supported by a Primaris Crusader squad, featuring four Neophytes, five Initiates, and a Sword Brother decked out with holy wargear. And for those heretics who prove tougher to purge with flamer, bolter, and blade, there’s also a Redemptor Dreadnought packing some seriously heavy firepower. 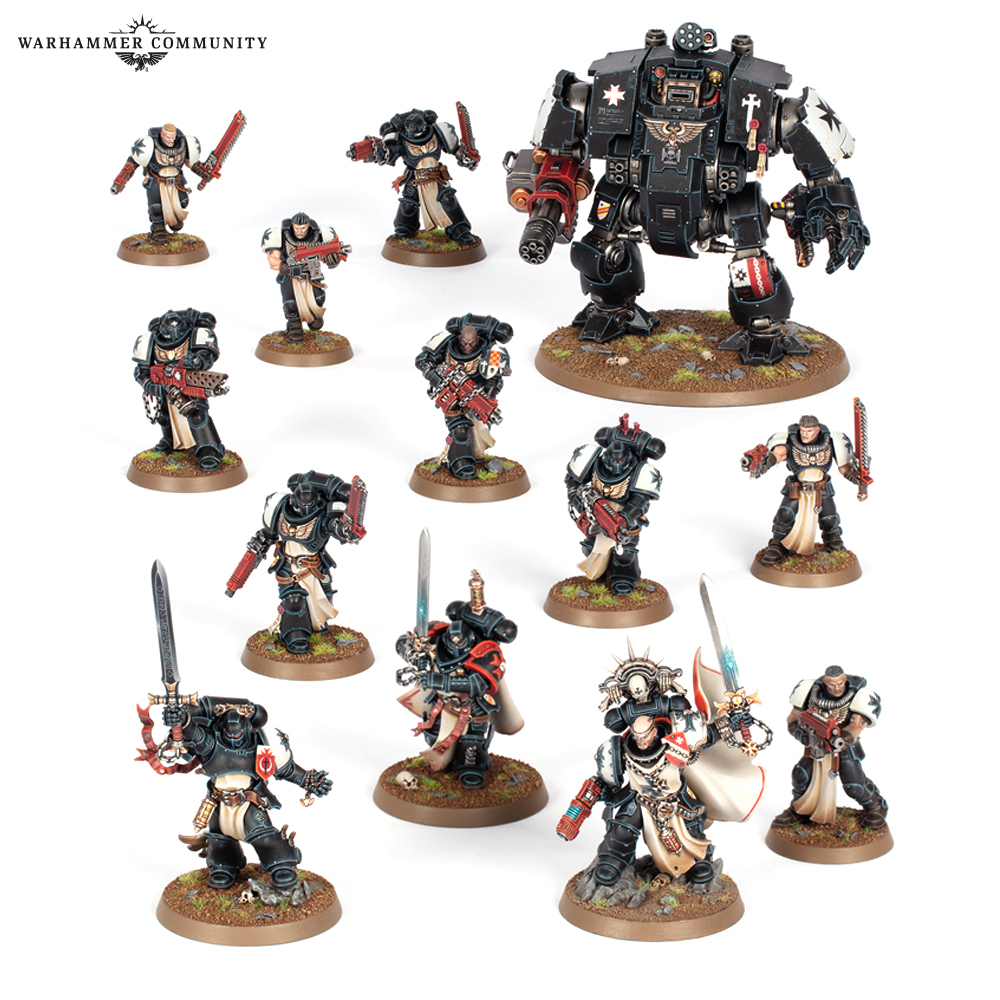 The new Marshal comes with a couple of options, including two choices of head and a selection of weapons. There’s also an optional purity seal, but can you really imagine setting off on a crusade without sufficient sanctification? 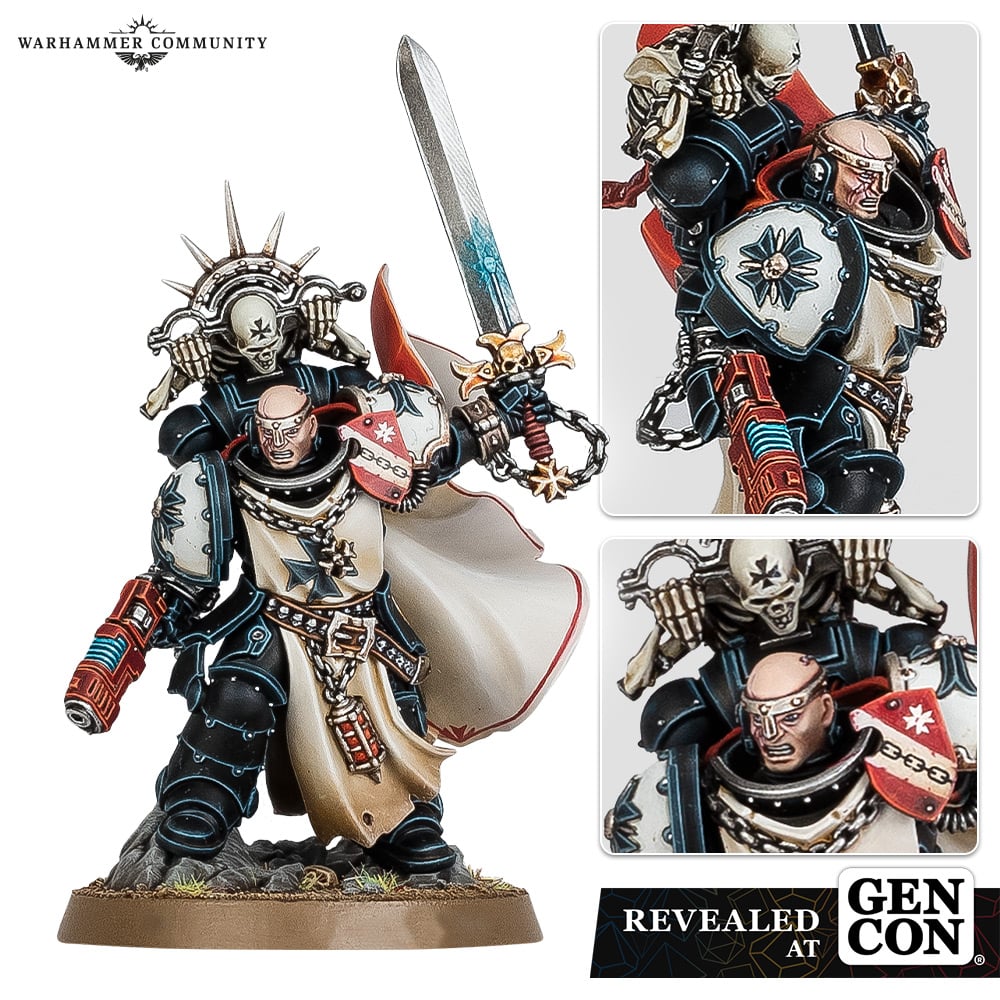 Inside the box, you also get a Black Templars transfer sheet containing 226 decals to deck out your Space Marines with the requisite symbols of zealotry and piety.

The Army Set offers you an opportunity to get an early copy of Codex Supplement: Black Templars, which has an exclusive cover featuring John Blanche’s stunning artwork from the third edition of Warhammer 40,000.

This 80-page book contains all the rules and lore you need to get started with the Black Templars.  Within its pages are Battle-forged rules that cover Templar Vows and Passions, new Stratagems, wargear, Relics, and a bumper Crusade section – very fitting for the questing knights whose crusade is already eternal.

Last but by no means least, there’s also a handy deck of Black Templars datacards, covering your core Stratagems, bespoke Stratagems, and your Templar Vows. 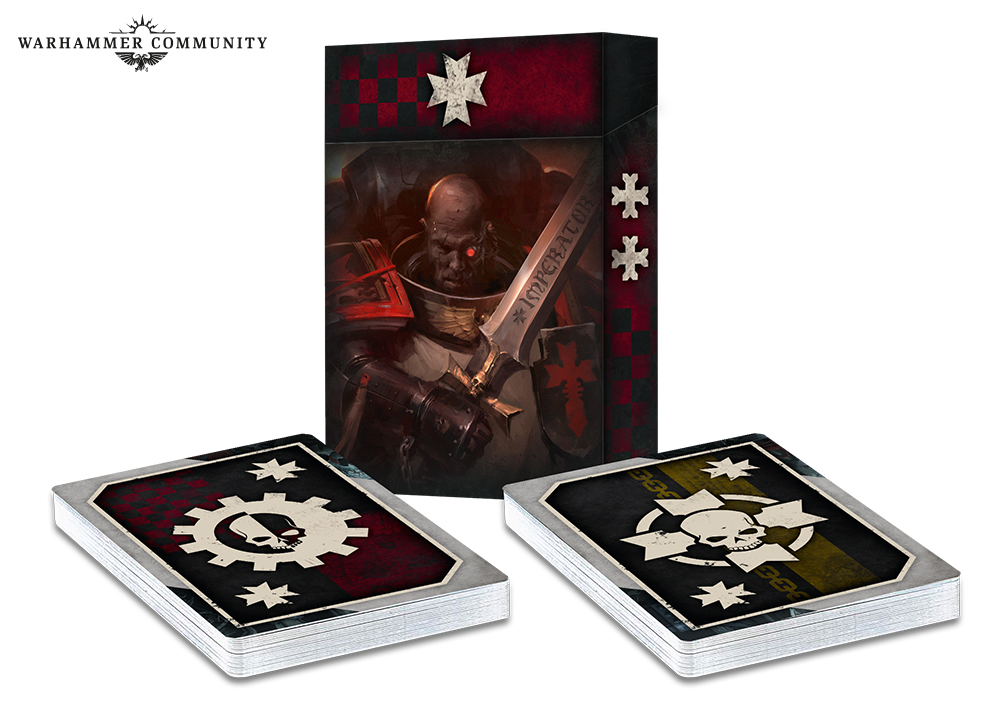